– Advertisement – Sean Williams and Babar Azam traded centuries before Zimbabwe overcame Pakistan in a Super Over at the end of a dramatic third one-day international in Rawalpindi.Pakistan, who had claimed the three-match series after back-to-back victories, clinched a tie from the final ball, as Muhammad Musa hit a four to level the scores at 278.Zimbabwe, though, restricted Pakistan to just two runs from the sudden-death over, as Blessing Muzarabani added another couple of wickets to his five during the regular match, removing Iftikhar Ahmed first ball to a catch at deep midwicket and then Khushdil Shah dragged onto his stumps.- Advertisement – – Advertisement – 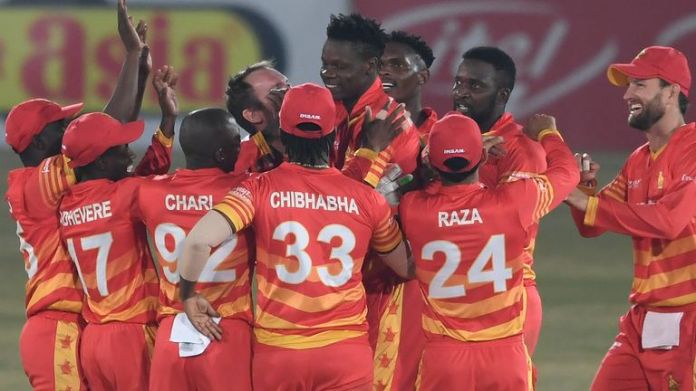