News Help by sharing this information SyriaMiddle East – North Africa Toll of ten years of civil war on journalists in Syria News Reporters Without Borders is very worried about Mazen Darwish, the head of the Syrian Centre for Media and Freedom of Expression, who was summoned for questioning by intelligence officials at 11 a.m. yesterday in Damascus and has not been heard of since. He has almost certainly been arrested.Darwish was detained for four hours on the evening of 22 March after responding to a summons to report for questioning. He was previously held for several hours on 16 March after being arrested while attending a peaceful sit-in outside the interior ministry headquarters in Damascus as an observer.His centre, the only NGO monitoring the media and Internet in Syria, has been closed by the authorities twice, in 2005 and 2009.The Syrian authorities began on 15 March to crack down hard on journalists and media covering the anti-government demonstrations taking place in various cities, especial the southern city of Deraa, which is located near the Jordanian border. Darwish’s arrest brings the number of journalists arrested since the start of these protests to three.Journalist, writer and activist Louay Hussein was arrested on 22 March in Damascus while journalist, poet and novelist Mohammed Dibo was arrested on the night of 18 March at his home in Al-Annazah, in the northwestern city of Baniyas. Dibo writes for various newspapers including Jordan’s Al-Dustour and many news websites such as Al-Waan (run by the Association of Rational Arabs), Bab el Moutawasset (Mediterranean Gate), Lamp Of Freedom and Shukumaku.These three join the already long list of journalists and cyber-dissidents imprisoned in Syria.Reporters Without Borders has meanwhile learned that a photographer and a freelance video reporter working for Agence France-Presse and an Associated Press photographer were briefly held and roughed up while covering the demonstrations in Deraa on 22 March. Their equipment was seized and was handed back a few hours later.When the AFP journalists tried to return to Deraa yesterday, their equipment was again seized. They have not yet been able to recover it. Wave of Kurdish arrests of Syrian journalists March 12, 2021 Find out more Damascus TV presenter arrested under cyber-crime law Receive email alerts News

Mitchell Starc has questioned whether bio-bubbles are sustainable “It’s not a sustainable lifestyle,” Starc said after he signed for the Big Bash League’s Sydney Sixers.“You’re living in a hotel room with zero outside contact. Some guys haven’t seen families or their kids for a long time.“It’s tough going – we get to play cricket, (so) we can’t complain too much – but in terms of wellbeing of players, staff and officials, how long can you stay in hubs for?”- Advertisement – Mitchell Starc believes a prolonged stay within bio-secure bubbles is not sustainable and is likely to be taxing on cricketers’ health and mental wellbeing.The move to playing within bubbles has become commonplace since the coronavirus pandemic disrupted cricket in March, and is widely credited with helping international cricket fulfil its fixtures.However, Starc joined a growing list of players to have questioned the viability of these arrangements.- Advertisement – On Friday, India captain Virat Kohli said the mental toll associated with spending long periods in bio-secure bubbles should be considered when establishing the length of future tours.Starc’s intervention comes as several of his Australia teammates are likely to return from the IPL this month and enter another bubble for their scheduled home series against India. While they were unlikely to be complaining about the financial benefits of playing in India’s premier T20 tournament, Starc had no regrets about not taking part this year.“When you’re stuck in situations like that, month after month, going from bubble to bubble, it can be quite tiresome on the mind and body as well,” said Starc.“Not having that escape from day-to-day cricket is (difficult). That’s important for people’s wellbeing.” 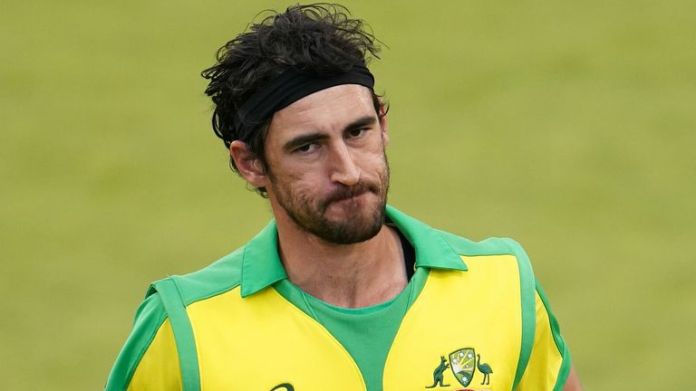